The Russian-British workshop took place at Scott Polar Research Institute in Cambridge, UK. This event was organized by UArctic research office within the project “Development of the UK-Russia Arctic Research and Collaboration Network” to deepen existing links between educational and research institutions in both countries.

The workshop was attended by representatives of the following UArctic member institutions:

as well as institutions beyond UArctic:

Next workshop topics focused on Arctic ecosystems and their response to climate change, environmental changes caused by industrial activities as well as people’s health in Northern urban and rural areas. 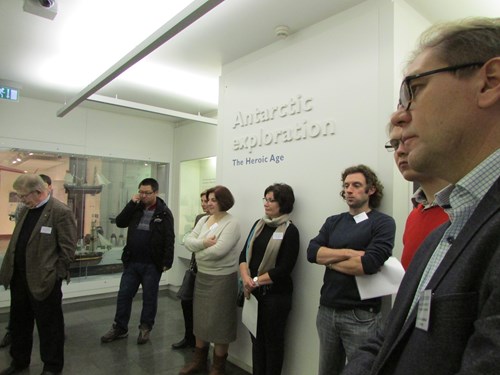 The workshop programme also included tour to the Polar Museum and Russian Library and Archives based at Scott Polar Research Institute.