Open top chambers made of polycarbonate were installed in order to increase temperature artificially to simulate global warming. Then, different parameters (temperature, humidity, chemical composition of water, greenhouse gases fluxes and others) were measured to find out changes occurred in ecosystems due to the climate change. By now average annual temperature at the plots with open top chambers is 1°С higher. 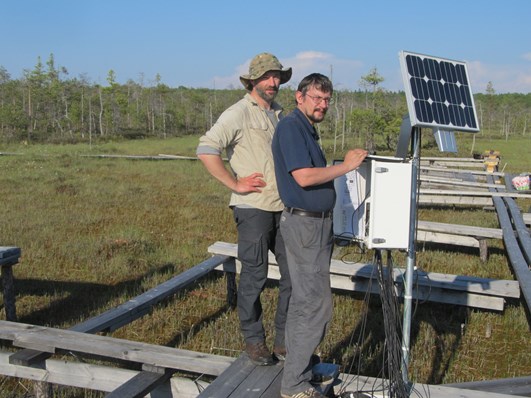 Experiments with the same scientific protocol were conducted in France and Poland as well, and scientists are interested in comparing results received in different climatic zones. Measurements received at Mukhrino field station give research data for the boreal zone since it is located at a natural intact peatland. Western Siberia itself is rich in peatlands,  able to absorb greenhouse gases, which can probably balance the climate in the future.

One of the goals of the symposium was to present and compare the preliminary experiments results received in three countries and to set up the action plan for future measurements. 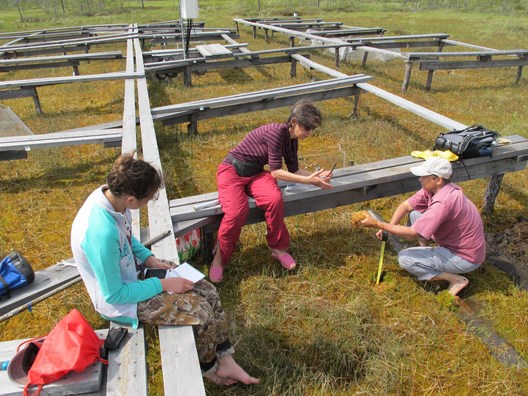 Peat samples will be sent to France to be analyzed. Next year the experimental plots will be equipped with special chambers for emission of greenhouse gases. In addition, in 2017 Yugra State University will host an international conference “Carbon balance of the Western Siberia in the context of global climate change”.