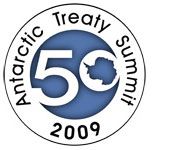 The Antarctic Treaty Summit will involve plenary presentations with panel discussions during the first three days followed by a final day of topical workshops that will apply the science-policy lessons from the international, interdisciplinary, and inclusive dialogues. The plenary sessions include:

The topical workshops on the fourth day will consider 'Arctic Governance
- Lessons from Antarctica and 'The History of International Spaces.'

The Antarctic Treaty Summit is a project of the International Polar Year, endorsed jointly by the International Council of Science and World Meteorological Organization. The Smithsonian Institution is the host sponsor with administrative coordination through the Bren School of Environmental Science and Management at the University of California Santa Barbara and the Scott Polar Research Institute at the University of Cambridge.