Seven US undergraduate students and two faculty members ventured north for 4 weeks during July and August 2008 to continue research in the Linné Valley on the west Coast of Spitsbergen as part of the ongoing Svalbard Research Experience for Undergraduates (REU) program.
This year the group was joined by three students from the University Centre in Svalbard (UNIS) as part of a special course offering during the International Polar Year (IPY). Also participating was Missy Holzer, a PolarTREC middle school teacher from New Jersey. Missy was actively involved in all aspects of the research and also reported and reflected on her experience in this special place—her daily journals and numerous pictures of the field work can be found at http://www.polartrec.com under “completed expeditions”, “High Arctic Change ‘08”. 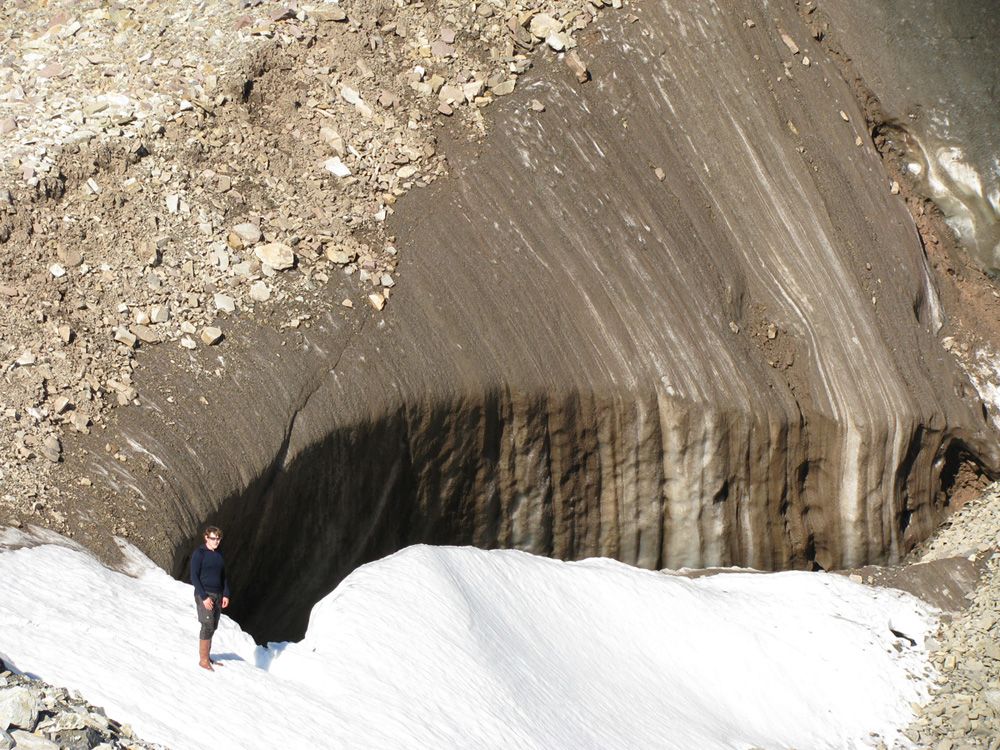 Work this summer focused on the glacier–river–lake system in the Linné Valley and students continued monitoring modern processes in the valley and downloaded automated data loggers that recorded changes during the winter season. A central research objective of the program is to calibrate the sediment laminations in cores recovered from the lake by capturing yearly sediment deposition in sediment traps located at different depths and locations in the lake. Comparison of year-long sediment traps with those deployed last April indicates that about 90% of the yearly sedimentation in the lake occurs during a two- to three-week period during the spring melt.

For the second year an automated camera took daily pictures of the south end of the lake. To the team’s astonishment the cameras documented a flood event on the 1st of June, when water saturated the snow pack on the lake ice. The weather station indicated that it was below freezing at the time and water level loggers recorded a sudden lowering of water level in Lake Kongress, 1 km to the east of the Linné Valley. Apparently the two lakes are connected by a subsurface drainage system—what caused the sudden lake drainage has been the subject of much debate.

Winter and spring 2007–2008 were cooler and snowier compared to previous years, delaying “ice-out” on the lake and affording positive mass balance conditions for the Linné Glacier. In addition, weather during the 2008 summer field season was dryer than previous years and as a result the river system was more sluggish and transported less sediment to the lake.

Over the course of the 5 years in the field, participants in the Svalbard REU program have documented significant seasonal variability and differences in the glacial–hydrological–lacustrine regime. During the 2008–2009 academic year, the team will begin to synthesize the first 5 full years of data from the Linné Valley and look to understand the links and controls on environmental changes that they have witnessed and documented in the field.

The REU (Research Experience for Undergraduates) program was established by the U.S. National Science Foundation (NSF) to encourage and fund student research opportunities in a wide variety of fields. Students work on individual projects and in close conjunction with both faculty advisors and other student researchers.

The Svalbard REU program focuses on understanding how high latitude glaciers, melt-water streams, and sedimentation in lakes and fjords respond to changing climate. It is one of the projects in the UArctic IPY Higher Education and Outreach cluster and is funded by NSF. Principal Investigato
﻿
Tags: news